In this post, we will focus on the Bitcoin Core implementation of the different types of scripts / transactions methods. Here is the link to the repo: 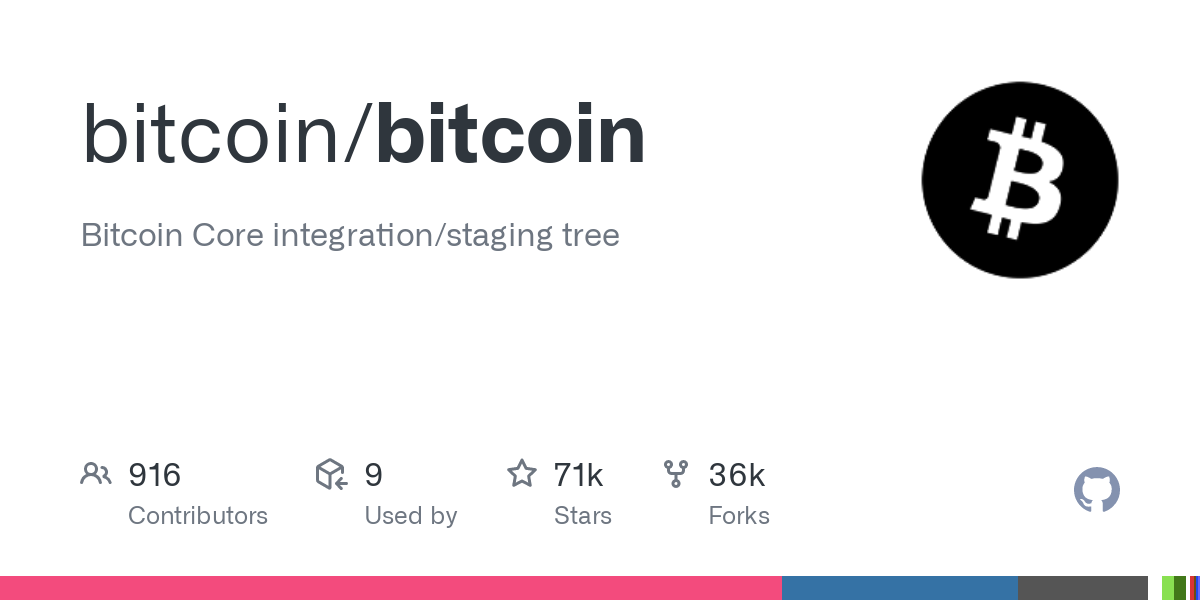 There is an enum class called TxoutType that lists all the possible types of TxOut i.e Output Transaction.

An enumeration is a user-defined type that consists of a set of named integral constants that are known as enumerators. In this case, any instance of the TxoutType can be either of those mentioned values. This in itself gives us an idea about what are the different kinds of Transaction Types. The transaction type NONSTANDARD is considered invalid.

P.S In this blog I will cover the 5 valid types, will ignore the WITNESS ones they are related to SegWit. Will cover it in some other article.

Before diving into these, let's look at the function that determines if a Script is standard. 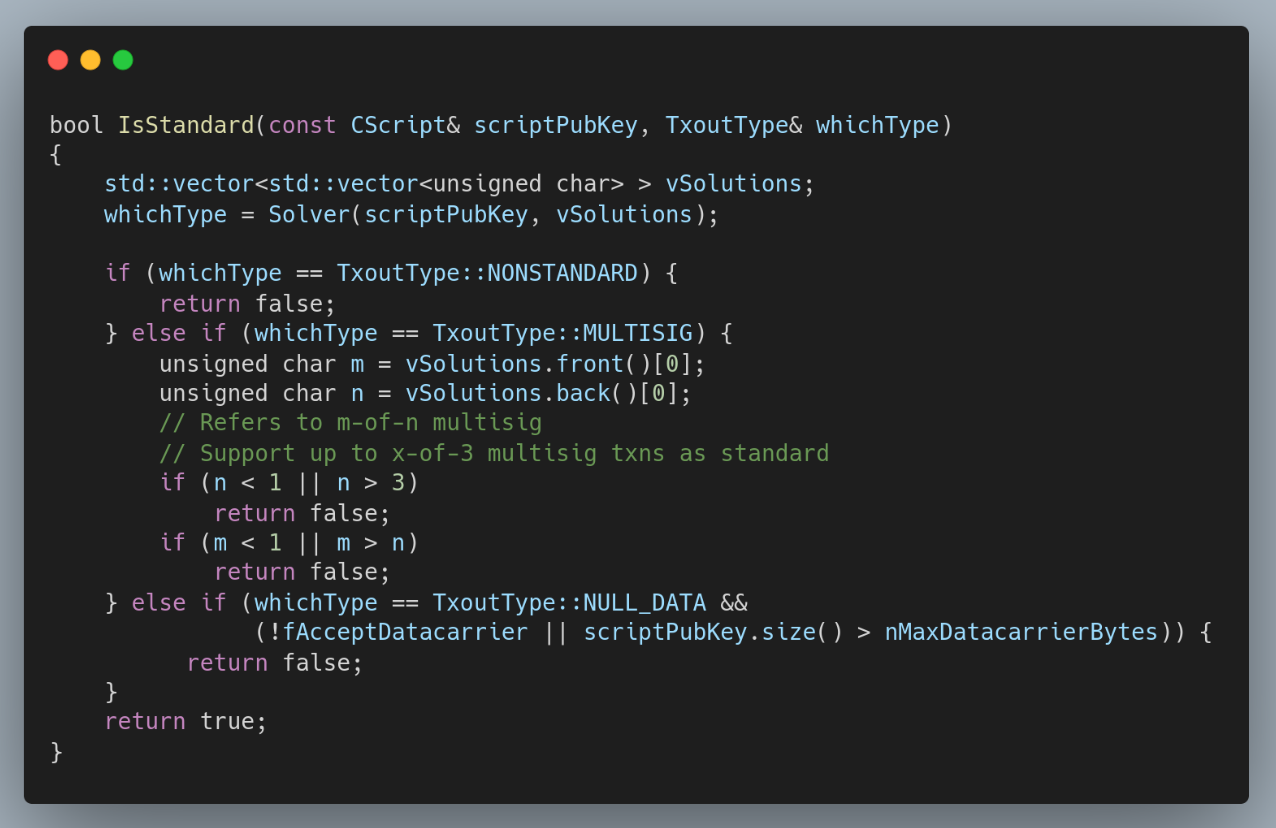 This isStandard function is a boolean function that returns true if a locking script is standard or false. In the first two lines:

vSolutions is a vector that stores the important data of the script excluding the opcodes. We will see later on which data is pushed into this vector.

Solver is a helper function that does the job of determining the type of script. It accepts vSolutions as a reference and updates the vector with the important data of the script, and then returns a TxoutType value.

Let's look into the Solver function. It's a huge function, but we will look at it section by section. Here is a glance at the entire function: 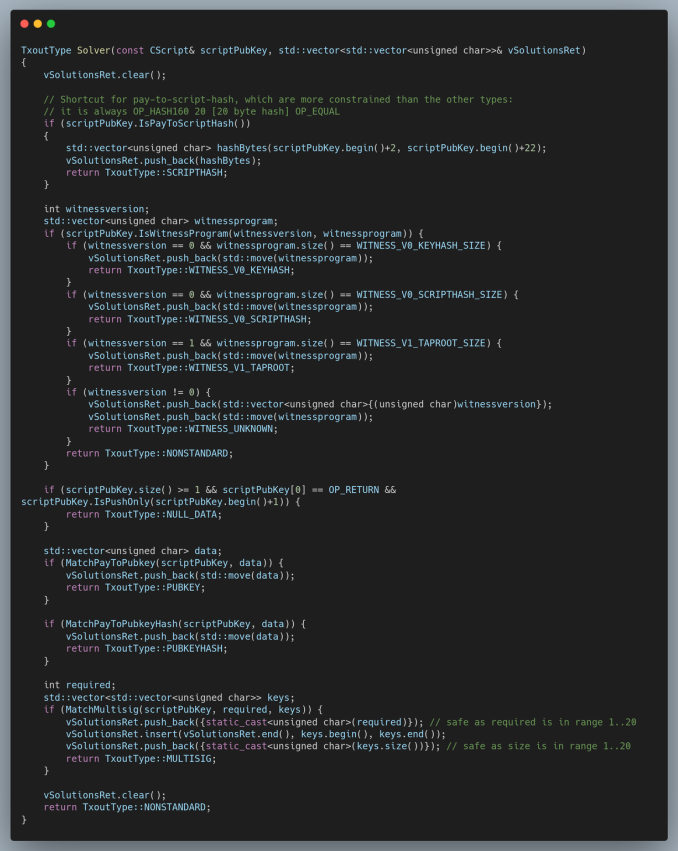 Let's get started with our first type of Transaction.

The vast majority of transactions processed on the bitcoin network spend outputs locked with a Pay-to-Public-Key-Hash or "P2PKH" script.

So let's say if Alice wants to send some coins to Bob, the output transaction will contain a locking script of the format:

Now, when Bob will have to spend the coins he received from Alice he should include an Unlocking script like this:

Here is how the Solver determines if a transaction is of P2PKH type:

It calls a helper function of MatchPaytoPubkeyHash.

Let's look at the locking script once again:

If these conditions are satisfied then it returns true else false. 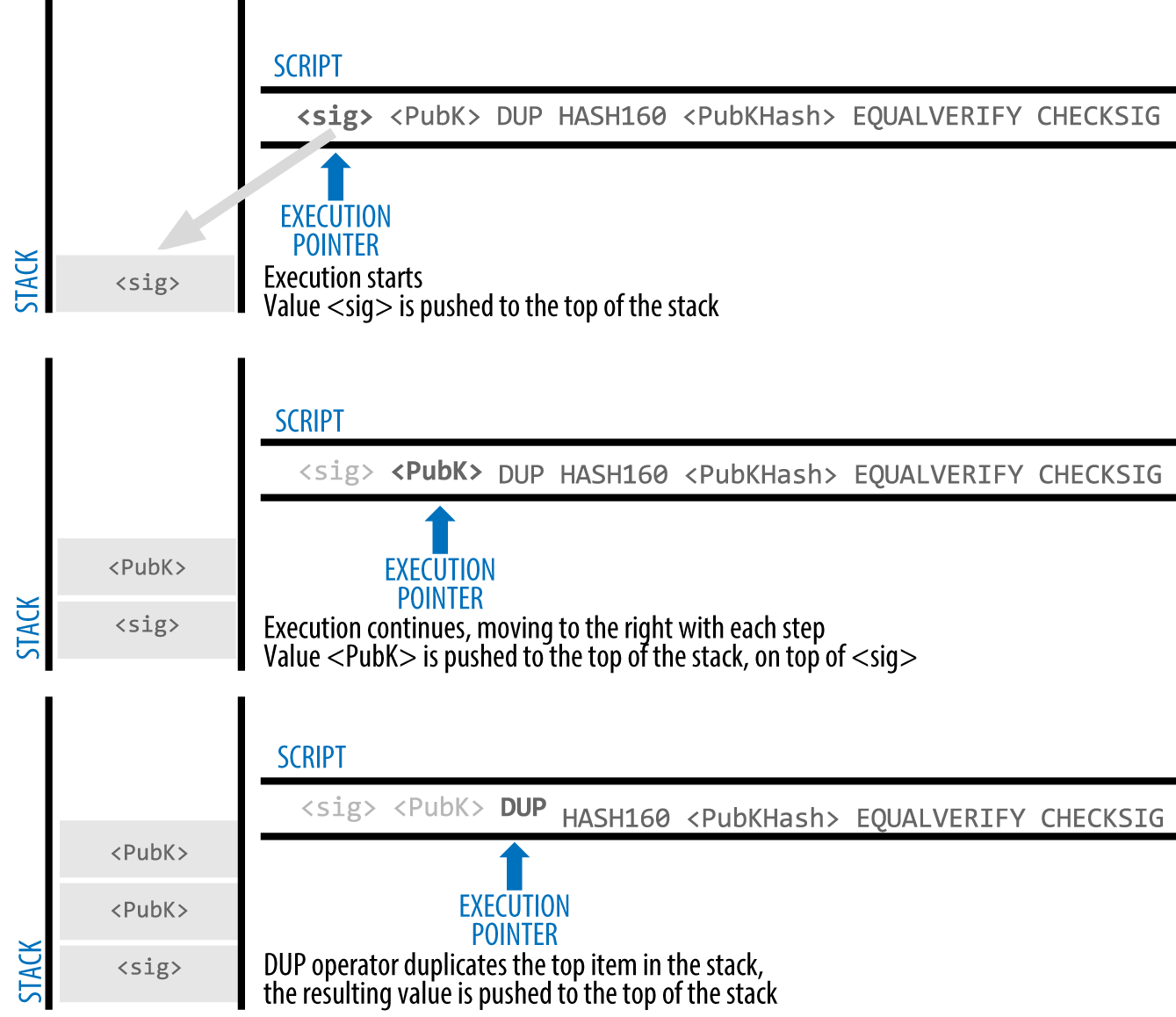 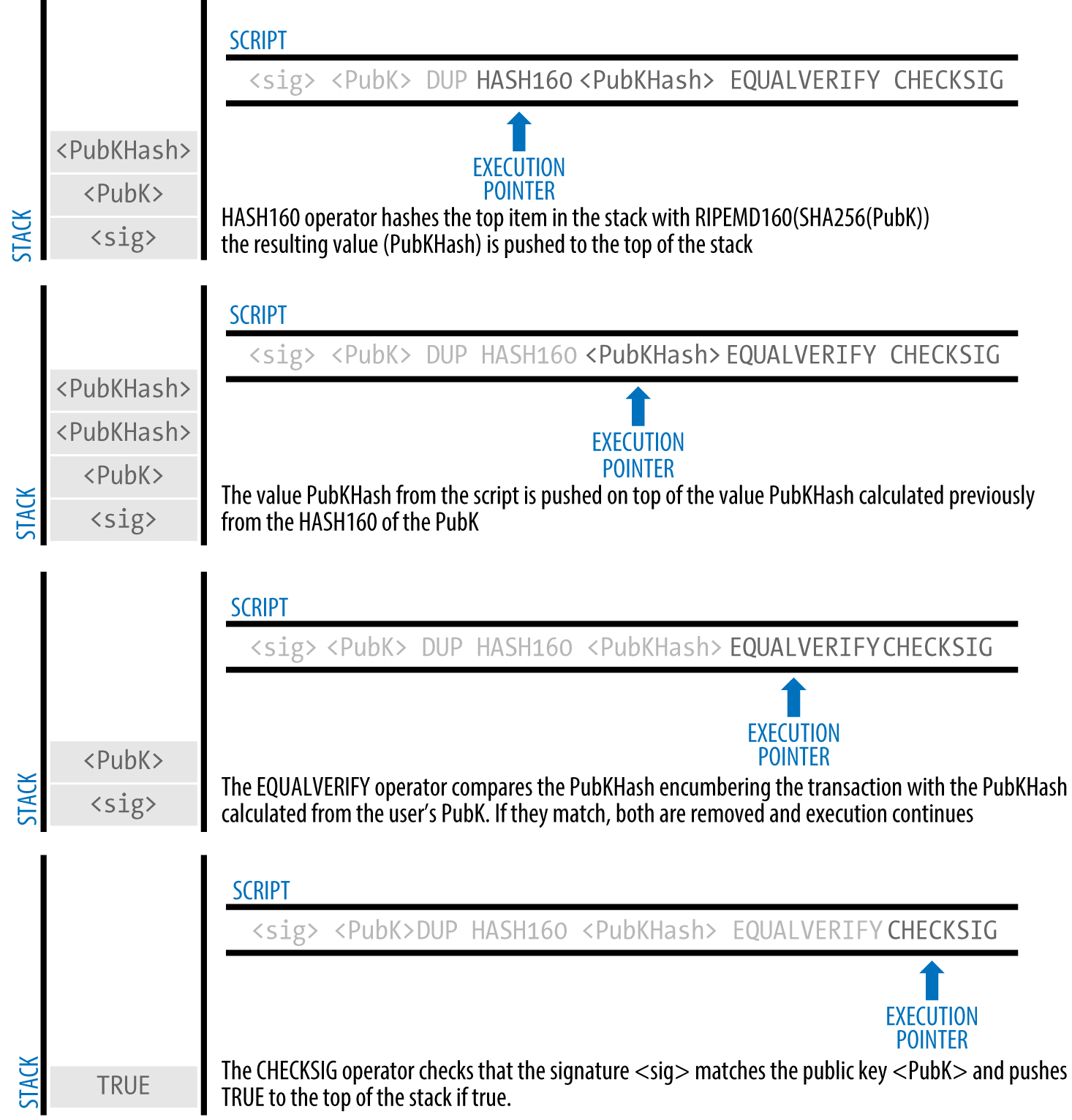 Fig: How P2PKH script is executed by the bitcoin engine

If Alice sends Bob some BTC then Locking Script will be:

Corresponding Unlocking Script for Bob will be:

Here is the code snippet that does the check for P2PK:

If we look into the MatchPayToPubKey we will see a very similar check like that of P2PKH.
There are two versions of PubKey one is the normal one and the other is the compressed version:

In both cases the check is very similar it makes sure that at the back we have OP_CHECKSIG and the size matches to CPubKey::SIZE+2. Why +2? Because 1 byte is for the Opcode and the other one is for the byte that stores the size of the key.

If these conditions satisfy then it returns true.

Multi-signature scripts set a condition where N public keys are recorded in the script and at least M of those must provide signatures to release the encumbrance. This is also known as an M-of-N scheme, where N is the total number of keys and M is the threshold of signatures required for validation.

A locking script setting an M-of-N multi-signature condition looks like this:

Corresponding Unlocking Script for with M signatures will be:

P.S The prefix OP_0 is required because of a bug in the original implementation of CHECKMULTISIG where one item too many is popped off the stack. It is ignored by CHECKMULTISIG and is simply a placeholder.

The Solver function further calls MatchMultisig. It also passes two variables, one is required which stores the minimum number of signatures needed, basically the m value. The other is keys which store the n public keys, which will then be pushed to vSolutions.

Let's dive into the MatchMultisig. It is a bit complicated because it doesn't have any fixed size. But one thing is for sure it must have the OP_CHECKMULTISIG at the end. And we can see that part is considered. 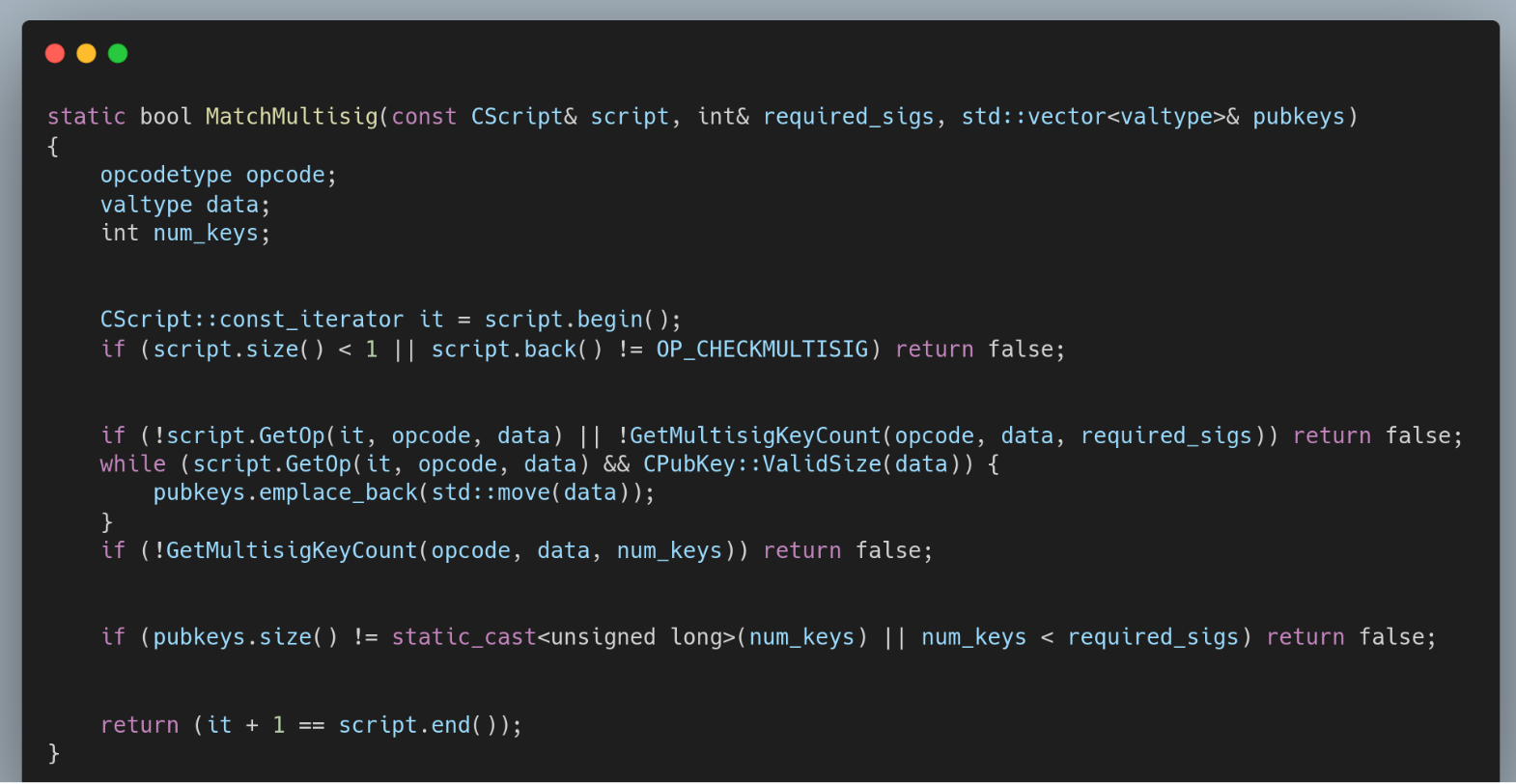 Let's move on to our final script format and a very interesting addition to the Bitcoin Core.

Was introduced to Bitcoin core in 2012 to resolve practical difficulties and to make the use of complex scripts as easy as a payment to a bitcoin address. Let's take the example of Alice and Bob. Let's assume Bob has a Multisig walltet (2-of-5) and Alice has to send some BTCs to Bob. Alice should include this in her output transaction.

But this is fairly complicated. But P2SH solves this issue.

With P2SH payments, the complex locking script is replaced with its digital fingerprint, a cryptographic hash. When a transaction attempting to spend the UTXO is presented later, it must contain the script that matches the hash, in addition to the unlocking script. In simple terms, P2SH means “pay to a script matching this hash, a script that will be presented later when this output is spent.”

Redeem Script that Bob will keep with himself

Locking Script that Alice has to provide, you can see this is very simple and very similar to P2PK

One more advantage of using P2SH is that now Alice has no idea that Bob is using a Multisig. Here is how in the Solver function P2SH scripts are checked.

It calls a method IsPayToScriptHash. Now before looking at the method directly let's try to guess it's implementation.

There are two opcodes so 2 bytes. 1 byte for the size i.e 20. And 20 bytes for the hash. In total it makes 23 bytes.
Also, it should haveOP_HASH160 at the start and OP_EQUAL at the end. Let's look at the actual implementation:

Yup, that's exactly what we expected. Checks the size is 23, if the first opcode is OP_HASH160 and then it states the size of the key which is 20 (0x14 is hex for 20) and then finally at the end we have OP_EQUAL.

This brings us to the end of the different TxoutTypes.

Let's head back to the isStandard function. 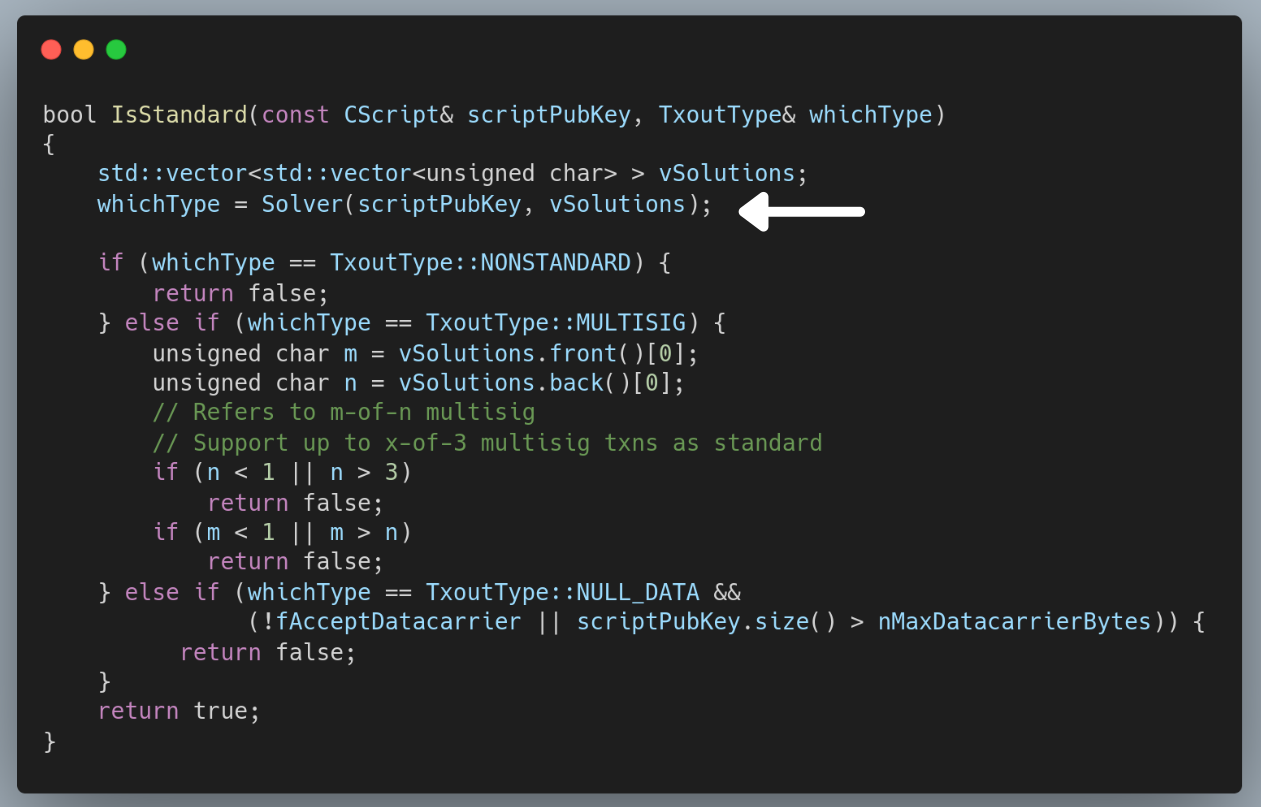 At this point, the Solver function has returned the type of the script. If by any chance the solver function wasn't able to decide on the standard, it returns NONSTANDARD.

If the whichType is of NONSTANDARD, it straight away returns false. If it has MULTISIG it does one final validation.

Finally, there is another check for NULL_DATA type transaction. With the help of a small amount of transaction fee you can write something into the Bitcoin blockchain that will persist permanently, these transactions are called NULL_DATA, as they don't contain any transaction-related details. They are known as OP_RETURN or Data Carrier txns too. These are considered nonstandard because these will never be used in future transactions.

If all these validations pass the isStandard function will return true and our script is not considered a standard transaction. All we have to do is to wait for it to be considered in a block.

I was a part of the Summer of Bitcoin'21 at the time of writing this blog. I am grateful to Adi Shankara, Caralie Chrisco, Adam Jonas for giving me this amazing opportunity and my mentor 0xb10c for his guidance and support. 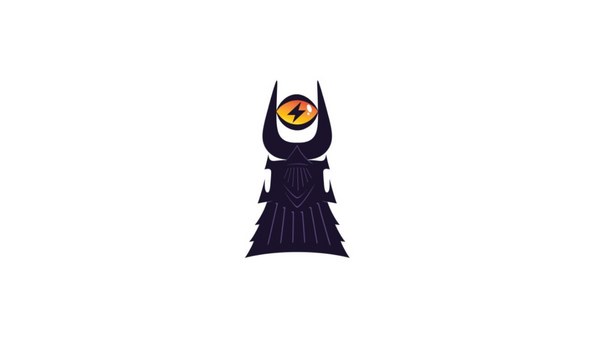