By Goutam Verma
Summer of Bitcoin '22

A lightning network is a decentralized network, allowing thousands of transactions per second. It is the second layer added to the bitcoin blockchain and performs transactions between parties of the Bitcoin Blockchain.

The main aim of this network is to speed up or extend the limit of transactions in bitcoin. This network allows users to create payment channels and make transactions away from the main blockchain,
and give benefits of blockchain's security. 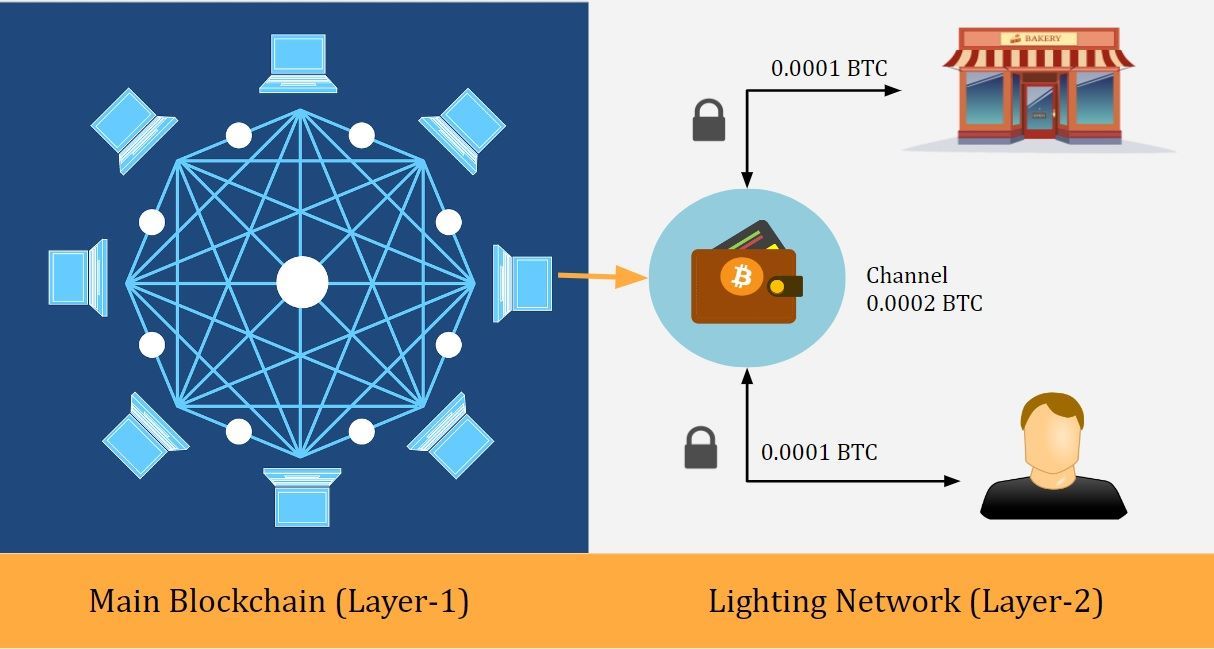 HTLC stands for Hash Time Lock Contracts, It doesn't require trusted third parties. In this type of contract payments are generated with a "time lock". The structure of HTLC contains two parts

Let's start with the hash, To make HTLC payment the secret message "M" should be created at first, and then its hash should be calculated using a hash function.

This hash "H" will be included in the locking script. Therefore, only the person who knows the secret("M") that hashed to get H will be able to use the payment. The secret M is known as preimage.

The second part of the HTLC contract is the verification of the lock time for the payment. If the secret was not revealed in time and the payment was not used, the sender will be able retrieve all the funds.

Now we have understanding of basic components of HTLC, let's understand the complete process through scenario.

To make a successful payment between Alice and Caroline, Alice uses a HTLC in the following manner. 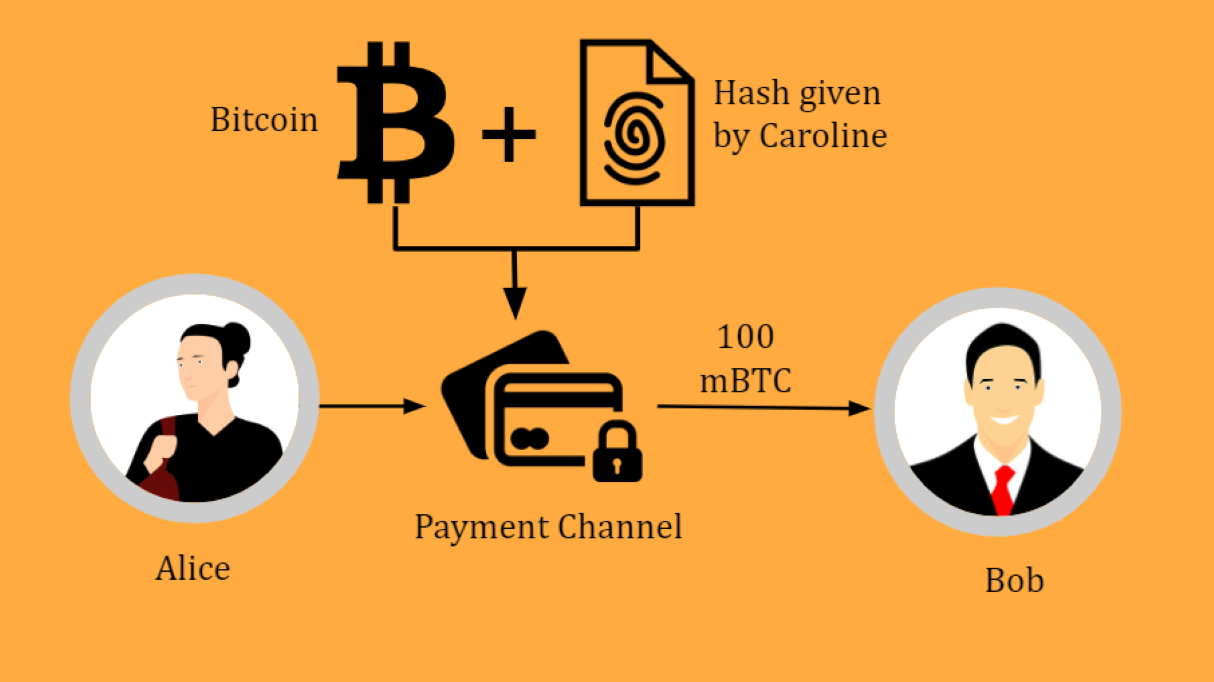 On this way, Alice paid 100 mBTC without establishing a new channel that would link them directly. No one of the chain participants was obliged to trust others.
inside the case of every body from the chain failing to perform there a part of work, nobody would have lost the cash that would honestly stay frozen until the expiration of the lock time.

In our testcase, everything went perfectly but in real world everything would obey, and if something can go wrong, it would go wrong, so let's discuss the protection mechanisms of the Lightning Network (LN).

Longer the chain used to deliver the funds, the higher the probability of not succeeding

Let us imagine that the funds have successfully reached the end of the chain, but on the way back (when the secret should follow the backtrace) a problem has emerged when one of the participant refused or was unable to cooperate.
In our example, it would be Bob.

Failure in funds delivery due to one of the channels closing,

Note : It can seem that if a participant leaves the system for some reason, he or she is the only one who risks losing funds, while all other participants of the chain are safe.